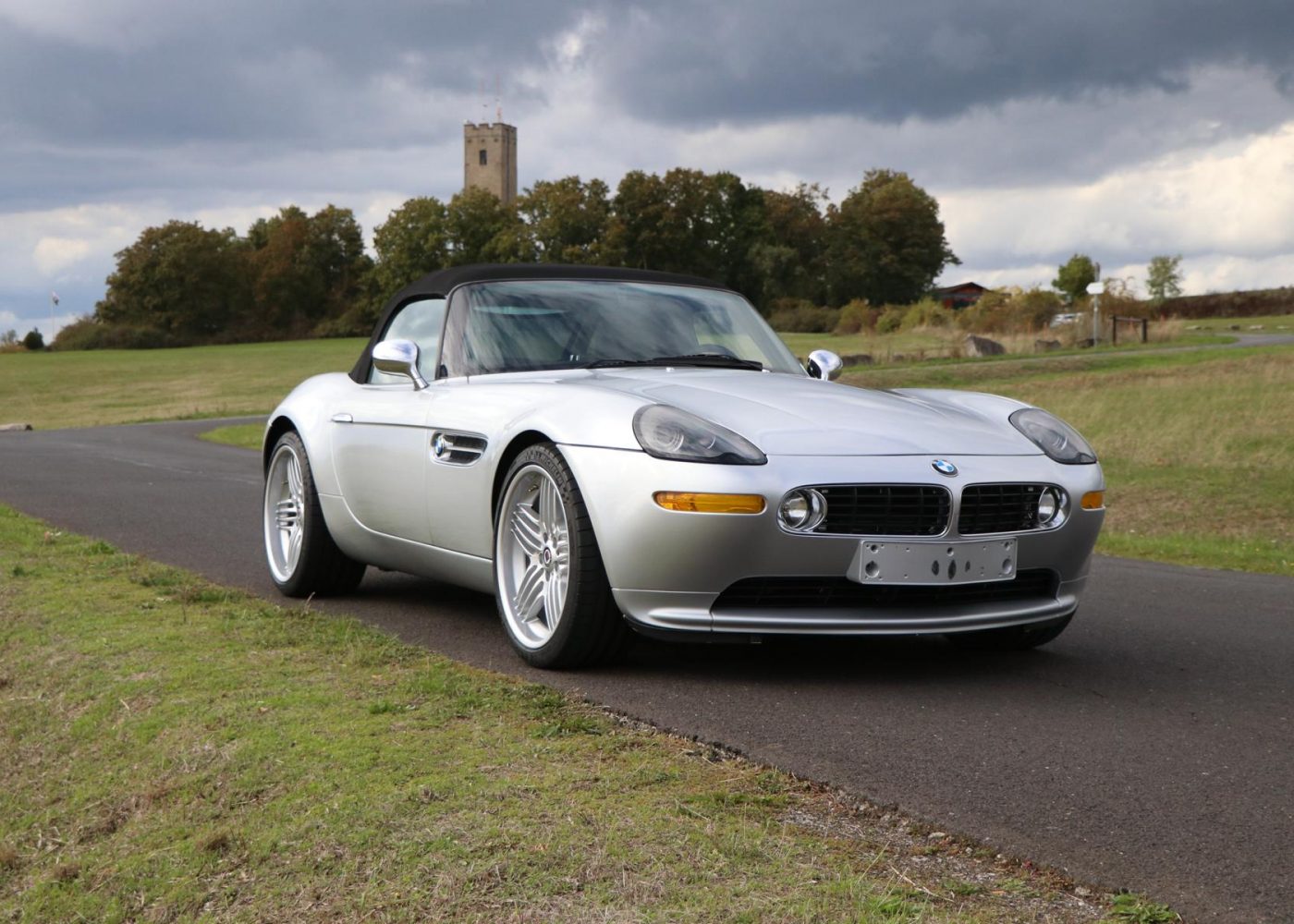 Modellhistorie
The BMW Z8 (internal codename E52) was produced from March 2000 to July 2003.
The design – with its wide BMW kidney and side air intakes – is based on the BMW 507 produced from 1956 to 1959. The prototype designed by Henrik Fisker – led by Adrian van Hooydonk – was presented at the 1997 Motor Show in Tokyo under the name “BMW Z07”. The production version was presented at the IAA in 1999 and built from March 2000. A total of 5.703 of these vehicles were produced in this limited series, 1.895 of which came in the colour titanium silver.

The body consists of a self-supporting aluminium frame (spaceframe) with screwed-on panelling parts. The front and rear bumpers as well as the rocker panels are made of elastically deformable polyurethane.

The rear lights were designed innovatively in neon technology (the only vehicle in the world with this technology). The soft top is servo-assisted and a hardtop is supplied for the winter. The interior – the seats, door panels, a part of the dashboard and the centre tunnel – is made of black leather.
The technology is based on the sedan M5 (E39S). The engine is a V8 with 5.0L cubic capacity and 294 KW at 6600 rpm. This allows for superior driving performance. Acceleration from 0 to 100km/h in 4.7 sec, top speed is regulated to 250 km/h. The power transmission is a 6-speed manual gearbox.
The vehicle was originally provided with a full set of equipment, which included, among other things:
Airbags, an alarm system, ABS, cruise control, air conditioning, electrical steering column longitudinal adjustment, full leather interior, radio, telephone with hands-free system, navigation, hardtop & hardtop stand, alloy wheels, headlight washer system, xenon lights and headlight range adjustment.

Fahrzeughistorie
This vehicle is in good condition. First owner was a Belgian BMW collector.
The Colour combination of titanium silver and black interior was only built 1,895 times.
Regular services by BMW dealers were carried out. “Geburtsbuch” and the original hardtop are present.

Price and further information on request.